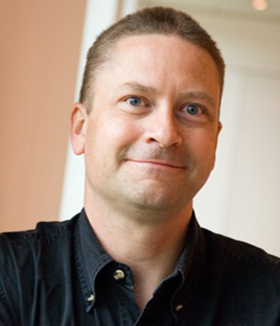 True legend of Java, former head of Java Technology Evangelism at Oracle, currently CTO of Azul Simon Ritter be a speaker in the second issue of the JPrime Conference in Sofia, Bulgaria. We have the pleasure to make a short interview with him.

Hi Simon! Can you please introduce yourself?
Having spent nearly twenty years at Sun Microsystems and then Oracle I recently took on the position of Deputy CTO at Azul Systems. We are the only company that is entirely devoted to the JVM, so it's a really good fit for me.

Actually Java was born and has evolved before your eyes. Its now 21 years old and is the most used programming language on the planet. What made it so special?
I think the biggest feature that has lead to the success of Java is how easy it is to use. James Gosling always described Java as a "Blue-collar programming language". It was designed to enable developers get the job done with as little fuss as possible. This has continued over the last 21 years. Although Java is sometimes criticized for being too verbose this can often be an advantage, since it makes code more readable. A lot of developers spend most of their time maintaining code rather than writing new code. Being able to understand what was written by someone else makes life a lot easier.

How do you think, will Java dominate the next 21 years? What could stop it from doing so?
I firmly believe that Java will continue to be one of the most popular programming languages there is. The fact that the language is not static (look at the introduction of Lambdas and Streams in JDK 8 to provide a more functional style of programming) means that Java continues to evolve to meet the needs of developers. I doubt there will be a new language that will suddenly replace Java; people have tried most ways of creating languages, so it's unlikely a new language will be massively better than Java. The only thing that will affect the popularity of Java is if it starts to stagnate and not change to add cool new features. JDK 10 promises some interesting things in the form of value types that will again add freshness to Java.

You are now working for Azul, famous for its alternative JVM. What makes alternative JVMs more preferred? Is there a big market for them?
In the case of Azul our commercial JVM, Zing, is targeted at applications where you don't want to have to worry about long pauses caused by a full compacting garbage collection. This can happen with all other commercially available JVMs because of their design. We use a different algorithm that can compact the heap concurrently with application threads still doing work. This is very appealing to companies that need low-latency and low-jitter GC for their applications. We also provide a free binary distribution of the OpenJDK project called Zulu. This makes sense for customers looking for an alternative when considering support costs for the JVM. This is also available for embbeded systems (both Intel and ARM based) with no licensing fee required.
There certainly seems to be plenty of companies that think our JVM technology provides value to them, so I would say that there is a pretty big market for alternative JVMs

As far as we know Java and UNIX is something you do the whole life. Maybe you like doing something else in your spare time?
Between the extensive travel that I do and spending time with my family there's not a whole lot of 'spare' time left! My other big passion is cars; I really like watching Formula 1 and keeping up to date with the latest technological advances like hybrid power systems. If I had more time (and money) I think I would like to try some form of motor racing.

Thank you very much for the interview! See you quite soon in Sofia!