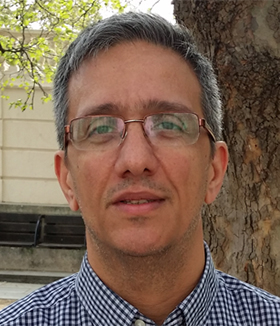 Hadi is a developer and creator of many things in OSS, JetBrains evangelist, and this year's jPrime Conference speaker. We have talked to him about his vision on the domain.

Hi Hadi! Can you please introduce yourself?
I'm a Developer, Speaker and Developer Advocate at JetBrains.

So you work for JetBrains, which is famous for it's IDE. But its not only limited by the IDE, it has some great contributions to Java. Which of them you like the most?
Well we're mostly known for ReSharper, our .NET Visual Studio plugin and IntelliJ IDEA, our Java IDE. But we've expanded to over 20 tools, including IDE's for almost any language out there, as well as server-side tools and of course Kotlin, our OSS language for the JVM and JavaScript.

What interests you the most in the Java evolution tendencies?
For me, one of the most powerful aspects of Java, isn't Java the language but Java the ecosystem, Java the virtual machine. It's a platform on which openness has thrived, where many languages have appeared. This for me is a statement of the openness and reach of the ecosystem.And I'd love to have that continue.

Post Java community driven languages tend to raise. How do you see the Kotlin’s future?
Kotlin tries to address some of the issues we've had with Java as well as others. We're betting on its future and hope that adoption will continue to increase. We're actually pleasantly surprised by the sudden increase we've had over the past year and even more so once we hit 1.0.

Is there something else you do beside coding?
Quite a bit, which unfortunately means often I have less time for coding. In addition to my role as a developer advocate and somewhat managing the team, which doesn't require much given that it's a great self-driven team, I also work on things that are internal to the company, mostly around awareness, communication and collaboration between different teams. As the company has grown, and hitting over 600 people, it's important to keep the communication flow going.

Thank you, Hadi! See you in Sofia in May!